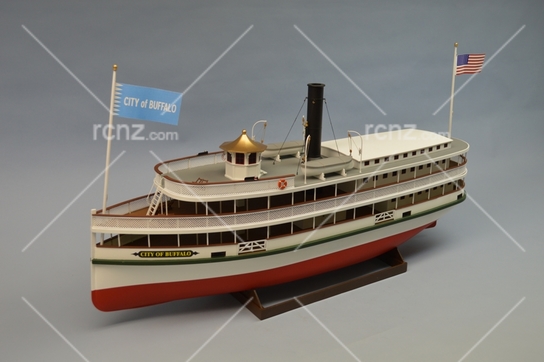 The City of Buffalo is a beautiful example of the Steamboats that flourished on the resort lakes of the north eastern United States in the late 1800's and early 1900's. Designed by Capt. J.W. Pierce, she was built in Jamestown New York, and launched in 1890 on Chautauqua Lake in New York. One of 13 large (125') steamboats built entirely of wood and sheathed in steel, she served the region from 1890-1929. Unfortunately like so many of her sisters she was destroyed by fire in 1929

This 1/48th scale model of The City of Buffalo balsa is planked over laser cut lite ply frames and uses a combination of balsa, poplar plywood, and expanded PVC. The kit is beautifully detailed with cast metal pieces, laser cut components, flags, decals and much more. The construction documentation includes full size plans, a 57 page instruction booklet and a 30 page figure packet with 70 individual figure drawings.

Additional parts required to power and radio control the model:

Use Running Hardware Kit #2377 for the Drive Line System. Please note some of the running hardware parts are called for early in the construction of the model. 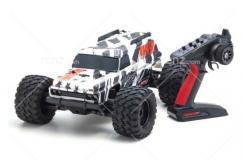 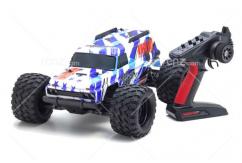 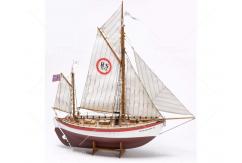 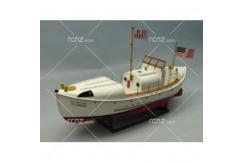